Where to stay in Venice? Which areas are best?

Discover the characteristics of each district of Venice to help you decide which one of Venice’s six sestieri is best for you.

San Marco is the most famous of Venice’s neighbourhoods and thus the most touristy and expensive. It lies in the centre of Venice, and at its heart is the famous and beautiful St Mark’s square. While this is a spectacle not to be missed, think twice before spending all your time in this area. You will be surrounded by tourists at almost any time of year and will miss the more tranquil beauty of the other five sestieri.
Consider staying here if:

The vaparetto (water-bus) stops for San Marco are: S. Marco Zaccaria, S. Marco Giardinetti, S. Marco Vallaresso, Giglio, S. Samuele, S. Angelo and Rialto. The quietest parts of San Marco are around S. Samuele and S. Angelo. The former in particular has some lovely little back streets and local shops.

This is the area where most Venetian residents actually live. It’s in the northernmost part of Venice.
Stay here if:

From The Fondamente Nove, you can easily get a vaparetto (number 12) to the islands of Murano and Burano. You can also see the nearby Isola di San Michele, which is the cemetery island of Venice. If you visit this island, see Mauro Codussi’s Chiesa di San Michele in Isola of 1469, which was the first Renaissance church in Venice.

Castello is the largest of Venice’s sestieri. It’s in the east of Venice. Like Cannaregio, it is one of the most authentic areas in Venice, but is not so quiet. The western part of the area borders on St Mark’s Square and is full of tourists.
Stay here if:

Dorsoduro is an attractive district, home to students at the university and a favourite with artists and writers. One half lies opposite the sestiere of San Marco, linked to it by the Accademia Bridge across the Grand Canal. The other half, to the south, is the island of Giudecca, separated by 250 metres of water. Although easily accessible and with many attractions, Giudecca is relatively peaceful.
Stay here if:

The vaparetto stops on Dorsoduro’s side of the Grand Canal are: Salute, Accademia, and Ca’ Rezzonico. The part opposite the island of Giudecca has stops at Spirito di Santo, Zattere. Guidecca has five stops: Sacca Fisola, Molino Stucky (for the Hilton), Palance, Redentore, and Zitelle.

San Polo is the smallest sestiere in Venice and one of the oldest, containing the oldest church in Venice, San Giacomo di Rialto, and the second largest square – the lovely Piazza San Polo. San Polo district lines the Grand Canal opposite San Marco’s Rialto area. You can reach it simply by walking across the Rialto Bridge.
Stay here if:

One side of San Polo lines the Grand Canal, opposite San Marco near the Rialto. The vaparetto stops for this area are: S. Toma, S. Silvestro, Rialto Mercato. Going away from the Grand Canal, San Polo blends into Santa Croce.

Although Santa Croce (pronunced: Santa Cro-ché) is the oldest sestiere in Venice, most of it is the least typical. The road bridge (Ponte della Liberta) links it to the mainland, so in the western part of Santa Croce, cars arrive, the bus station occupies Piazzale Roma and the large cruise port is south of that. In the east, however, parts of Santa Croce are quiet and relatively untouristy. One of the loveliest, quietest little squares in Venice, Campo San Giacomo dell’Orio, is here.
Stay here if:

It’s sometimes hard to know whether you are in Santa Croce, San Polo or Dorsoduro as away from the Grand Canal, they blend into each other. On the canal side, the vaparetto stops for Santa Croce are Piazzale Roma and S. Marta. 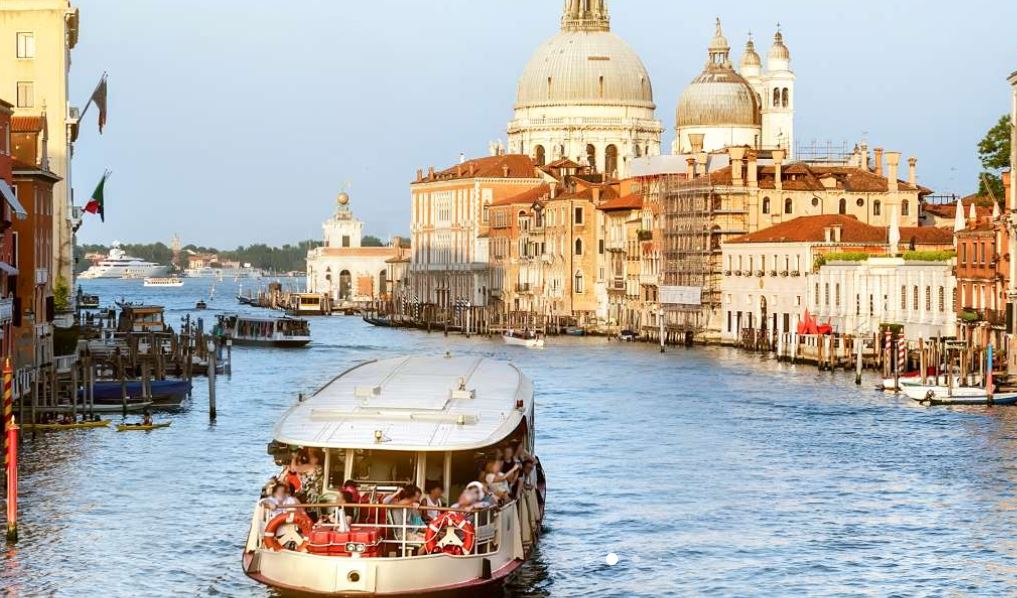 In Venice more than 1 day?
Save money, save time.
No need to queue at ticket lines for every trip. Use as often as you like. Free cancellation up to 24 hrs before activation.
A Venice Transport Pass gives unrestricted use of public transportation throughout the city of Venice, the Lido, Murano, Burano and Torcello islands and mainland buses in Mestre and Marghera.
Book here.